On June 22, Teyana Shumpert (nee Taylor) released her debut album Keep That Same Energy. It roams the internet as K.T.S.E.

It is the album that we never knew we needed. With only 8 tracks to serve, she does not disappoint the fans that have been waiting, impatiently, for Petunia’s sophomore album.

It is also consequently a strong win for Kanye West, who ended his 5 project releases in one month streak with this gem. He has taken credit as the head producer on all 5 projects. The Harlem native’s team has done an incredible job at making this a polished gem.

For starters, 8-tracks was the perfect number for Teyana’s second album. Sophomore albums are often known as most R&B artists’ “Optimus prime”, and Taylor does a great job at proving that. She delivers a project that is not underwhelming for 8-tracks while managing to also not overwhelm her audience, making the album relevant and necessary.

Her first track reveals how experimental she is willing to get. The instruments are raw, and there is an amazing use of metaphors within the lyrics. The use of strings is something she doesn’t shy away from, which other artists have begun to neglect. While she reciprocates these ideas, everything still sounds like R&B; fresh, sultry and filled with emotion.

Wandering into the rest of the project, Teyana makes great use of her lower register. She showcases her ability to be soft while speaking of something opposing the beat. It feels easily like a mind-trick; she speaks of pain and being deceived, but you are put in a trance that reminds you of a happy summer love.

A Kanye-produced album has now come with a watermark. Tracks that flow into one another are no stranger on K.T.S.E. In addition, the album involves samples from the 50’s-60’s, which is an infamous West production watermark. Teyana’s vocals flow flawlessly over these samples, while she continuously remains contemporary.

Yet the track that stands out on this project is fan-favorite; Rose in Harlem. As one would guess, this is the track that showcases Teyana’s many talents. The track reveals how she metaphorically is a rose that grew from concrete, and as she grew slowly many people around her attempted to rip her from her roots.

Tracks that discover these themes are deemed necessary. With what we know about Ms. Taylor, it is important to hear her story and how she battles against what she remembers and what continues to be. It also allows room to feel represented due to its context. Track 6; Rose in Harlem, delivers beyond the sound. Somehow, the strings at the end really pull the song together.

Imagery is prominent throughout the project. It goes beyond music and begins to tell us a story. It discovers different themes yet it remains consistent.

To bring it together, we are shocked with themes we did not expect from Mrs. Shumpert. This project will grow and experience longevity. If there’s anything misleading about the album, it’s the seemingly flawless cover. 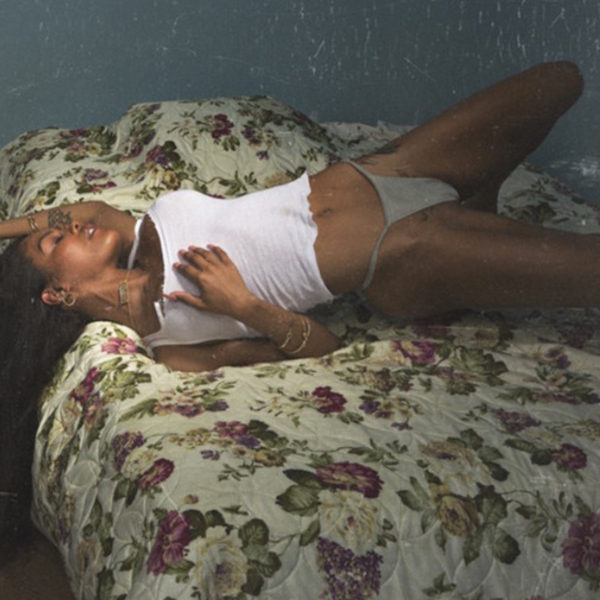 What are your thoughts on Keep That Same Energy? Leave your comments below!

0 0 0 0 0
Previous Article#MEFeature: Bayli of The Skins on Her First Solo Project, Her Band The Skins, and Her Future Plans as a Solo Artist
Next ArticleAshanti and Ja Rule Are Releasing a Joint Album!
Comments (0)