Depression and Mental Health: Why Must Women Always be the Strong One?! Especially Black Women

In a study published by the Center for Disease Control (CDC), depression affects between 17-20 million Americans a year. The CDC noticed that women and African Americans are significantly more likely to report major depression than whites.

We could even go back to the Depression era, women have had to put on several caps whether it was keeping their families afloat or being treated differently for being blamed for taking males employment.

According to the CDC it was found that only 7.6 percent of African-Americans reach out for treatment for depression in comparison to the 13.6 percent of the general public in 2011.

Research has suggested that African Americans, non-Blacks; are 10 percent most likely to struggle with serious mental issues than non-Hispanic whites.

Black women are faced with many different obstacles on a daily that are often told to shake it off and to keep on pushing. Often left forgetting to remember about the importance of self-care; and how you must take care of your mind, body, and soul.

Have you ever heard the saying “black people don’t get depressed”? It’s such an ignorant statement.

I grew up in a strong faith-based family who foundation is built on prayer. That’s wonderful some would think, which it is but it had its downfalls. You can be told to pray, but how can you pray for something when you don’t know what is necessarily wrong?

Yes, I’ve always been creative and always had a uniqueness about myself. Others would say, I was “privileged” but even being that; a great sense of sadness would fall on me streaming back to when I was a child.

Often times I was told I was too emotional, “it’s not that serious”, “you can’t let things bother you”; but in reality, I didn’t know how not to. After a while, you begin to believe it, and I wanted to be is accepted. 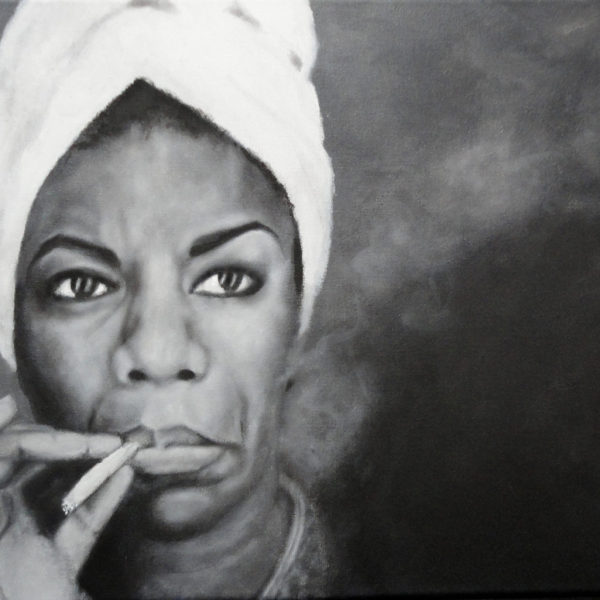 I’ve always had people looking up to me, or seeing me as the “good child”. Considered to be the “bundle of joy”, always just going with the flow but never really fitted in. Weird right? Well, at least I thought so. Growing up I dealt with being bullied from grade school, up until my first year of middle school. When addressed at home I was told to “tell the teacher when someone bothers you” sad to say that didn’t help anything.

Exiting middle school and transitioning into high school is where I began to start to see/feel major changes in me.

I began seeing my school’s guidance counselor, we just connected with each other oddly. She began being a great outlet for me, and when I graduated she gave me a journal to write all my inner thoughts. At the time I really didn’t think anything of it but now I’m forever grateful for it.

In high school, dealing with self-harm and even suicidal thoughts and when my family found out they thought suicide was a selfish way of thinking. Black folks.. Even though they were sincerely concern, yes. However, they took it in just completely wrong.. Isolation became my friend; nothing excited me, and I had learned to smile behind my sadness.

But I was really dealing with a lot internally and I mean a lot.

When I went to college, I had dealt with a major heartbreak. It even caused me to take a break from school, to be honest (almost 2 years). Imagine being in love, feeling like a failure because you had to stop your schooling and the pressures of making your family proud.

I had become prone to anxiety attacks more often, and sadness was my friend. Seriously, I knew I had to get better and I was the only one that could do it.

I channeled all my anxiety into positive thinking, beginning to see if I could transform my mind I could become a better being. Praying helped me a lot as well, I realized when I really started to develop a relationship with God I didn’t feel like a burden in the world. It showed me that on my “down days” I will be alright. Take a deep breath, go for a walk, and stay out of your brain. Live in the moment for some you’ll never get back.

Learning that you can have an unbreakable strength and that you aren’t weak but strong. Strong because you actually took the time to identify the issue.  Self-care is important, whether it is resting, getting your hair done, reading a book. These little things could help in such a way you thought was impossible.

Also, remember you are the company that you keep. Meaning, have strong people surrounding you. People that will uplift you and not make you feel like you have “issues”. EVERYBODY got issues.

Learn the things that give you joy, bring happiness to you. Music is my go-to for everything. On my down days, I would write poetry, simply because poetry can be like a mystery. Learn to be gentle with yourself. The world is hard enough, you can’t be hard on yourself.  Show love and kindness to your being, it will allow others that exhibit “love and kindness” to be drawn to you.

Lastly, learn your trigger points. It’s important. If you know what are the things that can trigger your anxiety and depression, do your best to stay out of those situations. Until you are able to deal with them without being triggered. It’s possible!

0 0 0 0 0
Previous Article10 Signs Your Relationship is Trash & You Need to Let Him Go!
Next ArticleNo Degree? No problem! These 15 Companies Get Rid of The Degree Requirement
Comments (0)