A Voice for Many: Young Naomi Wadler’s Speech for Black Female Victims of Gun Violence

On Saturday, March 24th Naomi Wadler spoke at the “March For Our Lives” rally telling the country that black women are ignored victims of gun violence.

Naomi has been more than vocal in her activism against gun violence. On March 24th she helped organize a walkout against gun violence at her school George Mason Elementary School. The 18-minute long demonstration had an extra minute added in the memory of Courtlin Arrington, a young black girl who was shot at a school not too long after the Parkland massacre.

Naomi’s speech reflected her decision to add an extra minute for Courtlin Arrington as she continuously pressed the point that black women deserved to be part of discussions around gun reform.

She said, “I am here to acknowledge and represent the African American girls whose stories don’t make the front page of every national newspaper, whose stories don’t lead the evening news,” as the crowd erupted into cheers. They too seemed to agree with Naomi that politicians and mainstream media alike have systematically ignored gun violence against black female bodies. 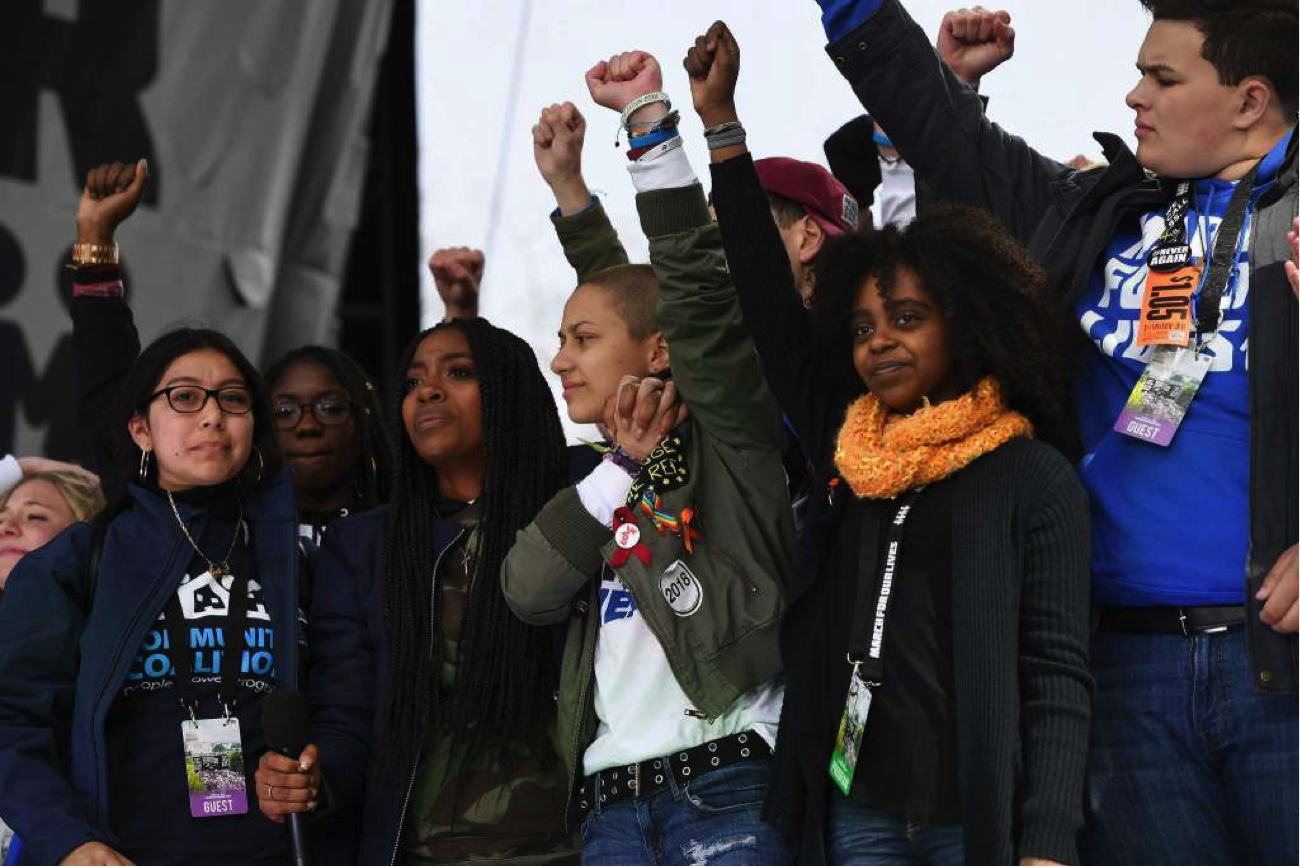 The black community has, for some time now, protested against gun violence. Every week or two, it feels like there is a story of a black body that has been lined with bullets. That news is promptly followed by a hashtag displaying disgust, dismay, or sadness. More often than not these posts and hashtags center around black men. I can still recall news of Sean Bell shot 50 times for a hairbrush perceived to be a gun (2006). It doesn’t take much to remember 22-year-old Stephon Clark. Police officers shot him 20 times last week in his own backyard. They claimed to have mistaken his cell phone for a gun.

What has long been absent in these discussions and hashtags are black female victims. Naomi said, “For far too long, these names, these black girls and women, have been just numbers. I am here to say ‘Never again’ for those girls, too.” That is why young Naomi’s brave words rang so very loudly this Saturday.

It is important to note that Naomi’s words do not discredit the message of March for Our Lives. What it is, is a very loud reminder that black female bodies have for some time been victims of gun violence. It’s a reminder that when they were victims they were not, like their male counterparts, or their Caucasian counterparts thrust into the forefront of discussions. Their stories were not deemed important enough to cover, to hashtag, or to be streamed on prime-time television. They are invisible piles of bodies that, despite their height or weight have been neglected from the mainstream conversation on gun reform. Yes, the message to minimize gun violence through stricter gun laws is an important one, but it is one that should include the narratives of women of color.

We stand with you, Naomi Wadler.