Appetite for Distinction is Probably the Most Inspirational Brand to Date 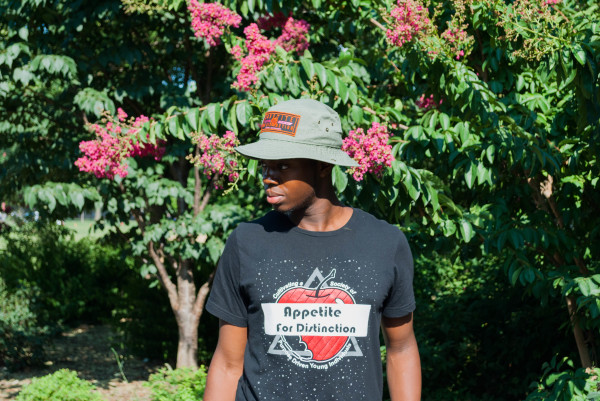 Creator and CEO Vincent Owoseni tells MEFeater why his brand is more than simple  T-shirts and Bucket hats.

Gabrielle Amani: What is the name of your clothing brand?

Vincent Owoseni: My brand is called Appetite for Distinction.

Gabrielle Amani: How did you come up with the name?

Vincent Owoseni:  Well it originally started in the 10th or 11th grade. The logo came to me out of thin air. I always felt it had to be from God. At first the name was just Appetite, but even then I knew that wasn’t enough. If the brand is appetite, I wanted to give the people something to be hungry for. I narrowed down my idea to three choices: appetite for excellence, appetite for something else, and appetite for distinction. I finally decided on Appetite for Distinction because I wanted to give my supporters something different from the norm. You are gifted with things other people don’t have and you should let it show by perfecting that brand, which is you.

Gabrielle Amani: What does Distinction mean?

Vincent Owoseni: Distinction means to stand out from others………..a higher class from others.

Gabrielle Amani: Speaking of standing out, what makes your brand different?

Vincent Owoseni: A lot of people create a brand for brand sake, or a lifestyle brand just because. My brand goes deeper than that. It is a motivational street-wear brand, so instead of buying clothes for clothes sake there is a message behind it. Understand that I’m buying these clothes, but there is a bigger message behind it. When people buy these clothes, they are apart of a movement toward distinction. I want to motivate people to their highest potential.

Vincent Owoseni:  Looking at my generation ages 16-23, I see a lot of wasted potential and that hurts me a lot. Seeing people  with skills that are lazy is such a waste of life. Even when goals are hard to reach, you should still reach them. I want to show people you should go after your goals.

Gabrielle Amani: How are you currently going after your goals and dreams?

Vincent Owoseni:  I’m currently at college studying Business and Marketing. I’m doing this, so I can be a better businessman and role model. In the future, I want  to make a mentorship program and inspire the youth to reach their full potential.

Gabrielle Amani: Originally, when you first made the logo it included a worm, now it’s a bite. Why did you change the logo?

Vincent Owoseni: Originally, the apple was meant to be the goal and the worm was meant to be the individual. I changed the original design because it was very reminiscent to the Big Apple and I didn’t want people to think this was a New York City brand. The design was also similar to Slowbuck’s logo and I didn’t want to copy their aesthetic. Also, after developing the design for it, the worm looked too childish. To give you some insight on the apple, the five bite marks represents the five pillars of the brand. The five pillars are Uncommon Breed, Visionary, Past and Perseverance, Going Beyond and Giving Back. If you noticed, there are also lines in the apple, this represents the bumpy road most people take to reach their highest potential. The apple like your path, isn’t meant to be smooth, it’s meant to be rough. The light represents the light at the end of the tunnel.

Vincent Owoseni: I start with myself. I don’t say this to brag, but I purposely try to set a high standard of living, so younger boys and girls can emulate it and look up to me. It’s important for me to have a certain character, so people can respect and trust me. As of now, I am volunteering at the church and mentoring the younger children there.

Gabrielle Amani: Besides mentoring, where do you see yourself in the next five years?

Vincent Owoseni: In the next five years, I want to be more hands on with materials….. making varsity jackets and cutting and sewing more. In terms of breaking out and branding, I want to be in at least 5 boutiques and a strong fan base in five states. Urban places like Cali, Detroit, Texas, New York City and Chicago would be ideal.  I also see myself sponsoring  a lot of programs giving back to the community.

Vincent Owoseni: Never settle for less. People may not always like you because you are striving for better. When there is light in you that shows the darkness in others. You will succeed at the end of the day, if you persevere and strive for greatness. 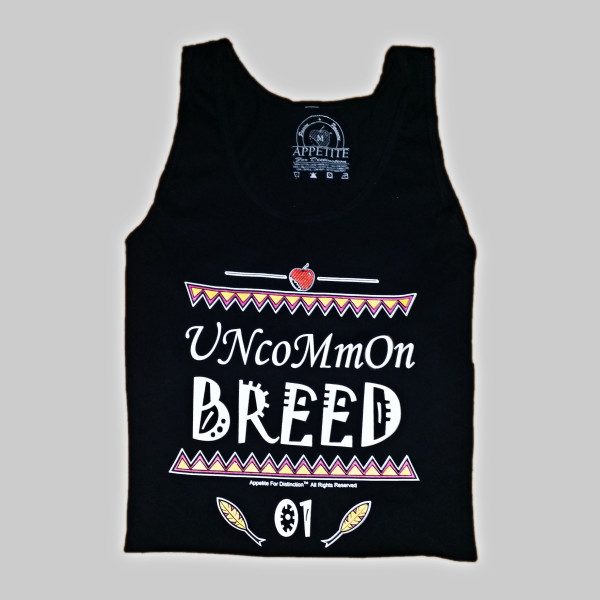