June 1 marked the commencement of Pride Month. These thirty days are annually reserved to champion a community who once endured, and decidedly still is, a historic exile from human rights in every sphere imaginable. Bright-colored rainbow flags, the hallmark symbol of the community, are hoisted proudly across the nation — emblematic of the undaunted valor the LGBTQ+ community yields in seeking visibility.

However, this Pride Month comes on the heels of a global fever pitch of rage, dejection, and sorrow that boiled from a carceral state that remains resolute in enabling police brutality. Within two days of  George Floyd’s death, protests in his namesake rocked Minneapolis and set the city ablaze. Shortly thereafter, the unrest would intensify into a global wildfire valiantly raging to rise victoriously against the system.

This burgeoning activism encapsulated more than just justice for Floyd’s death, but all Black people penalized by the proverbial system. Yet still in the very backyard of Minneapolis, the city that bore witness to the flame that ignited the world, unfolds the complexities of steering an inclusionary movement.

On the Monday following George Floyd’s death, Iyanna Dior, a Black Trans woman in Minneapolis, was attacked by 15 to 30 men in a gas station over a reported fender bender. In the video of the incident that circulated online, the men, who are known as of now to be cis-gendered, are heard spewing transphobic slurs during the assault.

In her rendering of the incident on Facebook Live, Dior shared how the owners of the store declined to call the police after witnessing her visibly fraught and gravely endangered. Dior’s experience, which occurred on the first day of Pride Month, cast a blinding light on the violent persecution of Trans people that are routinely ignored.

“Yet still in the very backyard of Minneapolis, the city that bore witness to the flame that ignited the world, unfolds the complexities of steering an inclusionary movement.”

In 2019,  Human Rights Campaign (HRC) tracked the statistics of violence the LGBTQ+ community is faced with and found that “at least 26 transgender or gender non-conforming people [were] fatally shot or killed by other violent means.” Furthermore, 91% of the victims in 2019 were black and 81% of them were under the age of 30.  As of their developing 2020 report, the civil rights organization advocating for LGBTQ+ equality “has already seen at least 16 transgender or gender non-conforming people” killed by violence.

On Wednesday, May 27, while Minnesota was beset by the shock of a swiftly rising rebellion, in Florida’s capital Tony McDade became at least the twelfth transgender or non-binary victim of violence this year.

The prefixed phrase “at least” is now embedded in the colloquial language of trans violence reports as it precedes cumbersome statistics to distinctly call attention to the vast misreporting or underreporting of cases. At the helm of misreporting sits culturally incomprehensive police departments whose investigations on trans violence, predominantly with black victims, are bound to go criminally unsolved when misgendering is normalized.

McDade, a black 38-year-old trans masculine person, was fatally shot by the Tallahassee Police Department (TPD). According to TPD, McDade was an alleged suspect of a fatal stabbing and was wielding a weapon at officers before his death. However, an eyewitness report claims there was no weapon insight right before officers arrived nor did the officers instruct McDade to put down the alleged weapon before firing shots.

In a briefing with reporters at the scene, Tallahassee Police Chief Lawrence Revell, whose incumbency has seen three police-involved shootings thus far, said that “the suspect description that was broadcast was a black female, (wearing) all black, bald, armed with a pistol and a knife.” This statement, the initial groundbreaking tweets, and the eyewitness account — all referring to McDade as a female — cascaded into a torrent of local media coverage that misgendered McDade in the wake of his death.

“For Black Trans victims of color, gender markers are emblazoned scarlet letters that deem them unworthy of justice.”

In 2018, an intensive investigation by ProPublica to analyze the repercussions of misreporting discovered an unnerving nationally systematic pattern of negligence. After contacting all law enforcement agencies in locations where trans people have been killed since 2015, it was unearthed that 87% of victims were dead named or misgendered by authorities. Deadnaming is the act of referring to a trans person by their name used prior to their transition. For many in the trans community, dead names are eerily reflective of the state of entrapment one woefully exists in when their birth-assigned gender conflicts with their identity.

Both deadnaming and misgendering can excessively slow down, or even stagnate, cases when eyewitnesses, family members, and LGBTQ+ community members chronicle fragments of the story with starkly contrasting descriptions. This leaves a nebulous gray area for police departments, urged with no sense immediacy from a national outcry, to sift through.

Unsurprisingly, police departments are legally cleared to continue to egregiously disregard Trans violence. The inception of this national pattern is tracked to gender markers on state-issued identification that disclose one’s birth-assigned identity. With no federal policy instituted, it is up to the state’s discretion on whether or not gender markers on ID can be changed to one’s identity.

“For this year’s Pride Month, and every month hereafter, remember to pull up a chair at the proverbial table for Black trans people to join the discussion.”

When there is a deafening silence surrounding trans victims of violence in the Black Lives Matter conversation, it is a glaring indicator that these victims are scrupulously relegated to the end of the agenda. As a nation, we would be remiss, especially during Pride Month, to not recognize the grueling intersection of transphobia and racism that Trans people of color are affixed to.

The month’s celebratory roots date back to The Stonewall Uprising of 1969 that catalyzed a national reckoning. The adopted fervor from that point on gave birth to progressive legislation, a greater expanse of inclusivity, and the 2015 landmark Supreme Court decision that federally recognized the fundamental right to marry for same-sex couples.

The lauded sweeping reform isn’t curative, unfortunately, to the transphobia that festers throughout the nation. On the anniversary of Pulse, the Trump administration’s surreptitious strides to undo Trans-inclusive legislation these past months came to fruition. Black trans people are especially at risk as the revised legislation will sorely permit health care discrimination amid a virus that is disproportionately ravaging the Black community.

With Pride parades, even if virtual, soon to begin during a long-overdue jolt to globally dismantle structural racism, it is time to parse the systems that embolden both racism and transphobia. For this year’s Pride Month, and every month hereafter, remember to pull up a chair at the proverbial table for Black trans people to join the discussion. 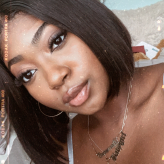 0 0 0 0 0
Previous Article#ICYMI: NAACP Calls for the Aid of the United Nations in Response to Police Brutality in the US
Next Article8 Brands Who Got It Right With the Black Lives Matter Movement
Comments (0)