Google Surpasses Apple as the World’s Most Popular Brand!

Who could have seen this day coming? Apple has been replaced as the world’s most valuable brand, a title that the technology company has held for the past five years. They were surpassed by Google, and Amazon is coming close to the title as well. 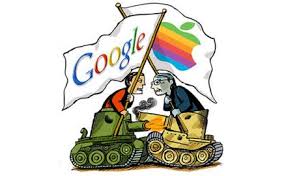 It seems that Apple’s shocking decline is due to consumer doubt in the company’s ability to continue to innovate. With Google constantly expanding its market, and close competitor Amazon’s innovation on the rise, it is actually not so unbelievable that they have risen to the top. Amazon is set to soon prove their status, with their new fully automated store in Seattle. Apple’s recent fall behind could become clear very soon.

0 0 0 0 0
Previous ArticleTrump Fires US Acting Attorney General Sally Yates After She Declines to Defend Travel Ban
Next ArticleBerkeley Burning: Why the Campus Erupted in Protest
Comments (0)