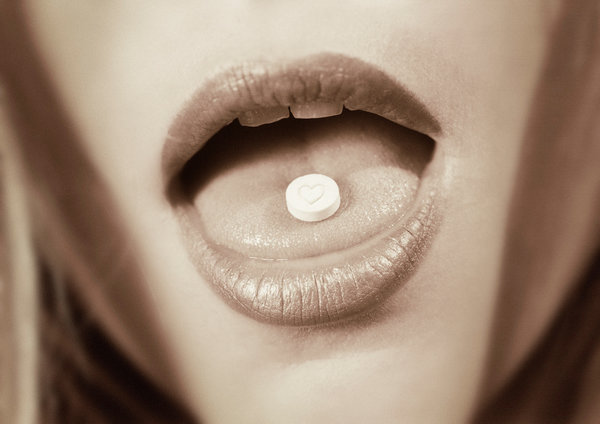 Trinidad James once said “Pop a Molly, I’m sweating woo!”  Rapping this line in the song “All Gold Everything” was basically my only connection to the drug.  Little did I know Molly doesn’t really make you sweat, It makes you dizzy….. really, really dizzy.  My first interaction with the drug was a total accident. I was at a party and decided to let a guy get me a drink. His beverage of choice was the ‘jungle juice’ that was a mix of  “thot” juice, Hennessy, Ciroc and Molly. Naive little ol’ me, drank the concoction without even asking what it was. Before I knew it, the room was spinning and things that were actually far away seem to be very close. I was the definition of twisted.

So what is molly? According to Livescience.com, “Molly is the crystal or powder form of MDMA , a chemical used in the love drug, Ecstasy. Molly increases the activity of neurotransmitters in the brain, causing users to experience feelings of energy, euphoria and empathy toward others. Molly also distorts vision, hearing and sense of time.” This explains why my vision was altered and the second half of the night.

When I got home that morning, I felt extremely emotional, but yet strangely emotionless. I had lots of energy even though it was 5 in the morning. My friend came home with me that night and we talked all night about my ex boyfriend and were I went wrong in that relationship. I was extremely sad about the situation, but happy to be sharing the details. It was nice having someone listen to my feelings, but something strange happened. I, super straight, heterosexual me was compelled to kiss my friend, who was lying across from me in my bed. For some reason I wanted to cuddle and be held by this little woman. At first I blamed the new feelings on my loneliness and annoying singleness, but after talking to a co-worker weeks later I realized it was the Molly!

Not only was the Molly messing with my thinking, it was making me extremely depressed. Many people don’t know the side effects of Molly because our peers only share the fun details, but it has it’s not so fun glitches and becoming depressed is one of them. As a teenager unsatisfied with her life, depression is nothing new for me. I simply categorized this new-found depression as apart of my monthly cycle, but it was a bit more extreme than my normal depression. I didn’t want to register for classes,I  ignored my friend’s phone calls, I would disappear at a dropped of a dime  and I experimented with even more molly. The only time I found myself happy is when I went out with friends and partied all night, which actually fed my depression. Fortunately, a trip to the Hampton’s woke me from my pity coma. During our trip to the Hampton’s, I witnessed drug experimentation that made me very uncomfortable. I vowed that day I would stop hanging out everyday and focus on earlier goals I set for myself, like saving up for a trip to London and working hard on MEFeater. Partying all night was also putting a dent in my nonexistent bank account.

So, here I am molly-less for about a week. Don’t laugh, sobriety is one day at a time! This week has been the my most proactive week since the year 2014. I registered for classes, cleaned my apartment and even took a few extra shifts at my job. Taking that extra shift actually inspired me to write this. If it wasn’t for my conversation with my co-worker, I would have never realized the side affects molly had on my brain. Don’t get me wrong molly didn’t ruin my life and probably won’t ruin yours, but who wants a drug to make them feel lusty and dizzy for 3 hours and then suicidal for the next several days.  If you are going to engage in taking molly be aware and ready for the side affects. Molly can cause confusion, anxiety, depression, paranoia, sleep problems and drug cravings. I experienced four out six of these side affects, but everyone is different. Definitely don’t take molly during your school semester. I mean, I have class at 7 am and I up writing this at 5 in the morning. -_- See what I mean about the side affects?